Our cities are designed, controlled, and developed for particular functions and behaviours, and we, in turn, are influenced by our surroundings. The idea of ‘progress’ is relative to the ideology driving it.

Increasingly, almost every place we pass through has a pre-determined use ascribed to it and as the sphere of the ‘work ethic’ expands to encompass an ever-greater share of our lives, we are conditioned to remain within these zones, as consumers, employees and commuters, to keep to habitual paths, mentally and spatially. This control of space is mirrored in the way we are subtly coerced, as if by an implicit threat, into conforming to a particular ideology, to comply with those values and objectives or face the consequences of social and economic exclusion.

Yet there are other places, often invisible to us, those “unused or abandoned interspaces between different planned spaces”(1); endangered zones that have slipped out of sight or have been side-lined, awaiting ‘redevelopment’. This type of abandoned, derelict or worthless place, known in surrealist theory and praxis as an ‘atopos’ or ‘non-place’, has a certain attraction for those who would diverge from the routes that have been assigned to us, whether in our daily journeys or in our ways of thinking. Such forbidden places have a striking parallel with those neglected territories of the mind that are considered without use or value, which do not conform to the ‘normal’, profit- or ego-driven motivations that we are meant to follow.

Such places often evidence the intrusion of wilderness into developed urban areas, with a fugitive, untamed nature taking hold, albeit temporarily. As well as existing within urban parameters, they also include traces of former industrial expansion; old railways and canals, reaching outwards into the rural, inscribed into the landscape, and in being partially devoured by it, have left their rusting remains, acting now as arteries of nature penetrating the city’s periphery. Chance is left to roam these dilapidated and unmonitored places where the discarded flotsam of lives can form curious signs, messages from the Unconscious to be uncovered and interpreted.

For many of us, they are very much like the abandoned places we explored in childhood, the sort of places that adults tend to avoid, having neither ‘use’ nor ‘value’, but which, for children, are magical zones of the imagination. They are also potentially dangerous places, places of truancy or rumour, conspiratorial places, isolated and forsaken, often with a disquieting atmosphere, as if always on the cusp of liberation. As adults, we’re conditioned into upholding rationalist and inhibiting taboos; to shun or disregard such places as having no sensible worth that to a child, through play, might be a world of enchantment and mystery. Within society’s conventions we learn to live in spaces according to utility, to the detriment of the imagination and the denial of possibility. If communal life is reduced to a mere function to enable consumerism, then how we interact might become nothing more than a formulaic commodity.

For surrealists, these ‘worthless places’ – sometimes fascinating, sometimes disturbing – are ludic zones of exploration and adventure, that resonate with the marvels that can be found in neglected regions of our consciousness. An analogy can be found with Surrealism’s worth within culture itself as being considered safely redundant and only significant as a resource or ‘legacy’ to be exploited for the purposes of art and academia. In some respects, Surrealism itself is a ‘worthless place’ that we continue to haunt.

With our exhibition Derelict Marvels we present only a few fragments of our ongoing evidence of these places; through our imaginations we are able to explore, interpret and transform our experiences of our environs, to emerge from our insularity and discover the poetic and collective possibilities of living.

1) Mattias Forshage, ‘The Poetry of Worthlessness’, in Manticore/Surrealist Communication, no.5, 2000. 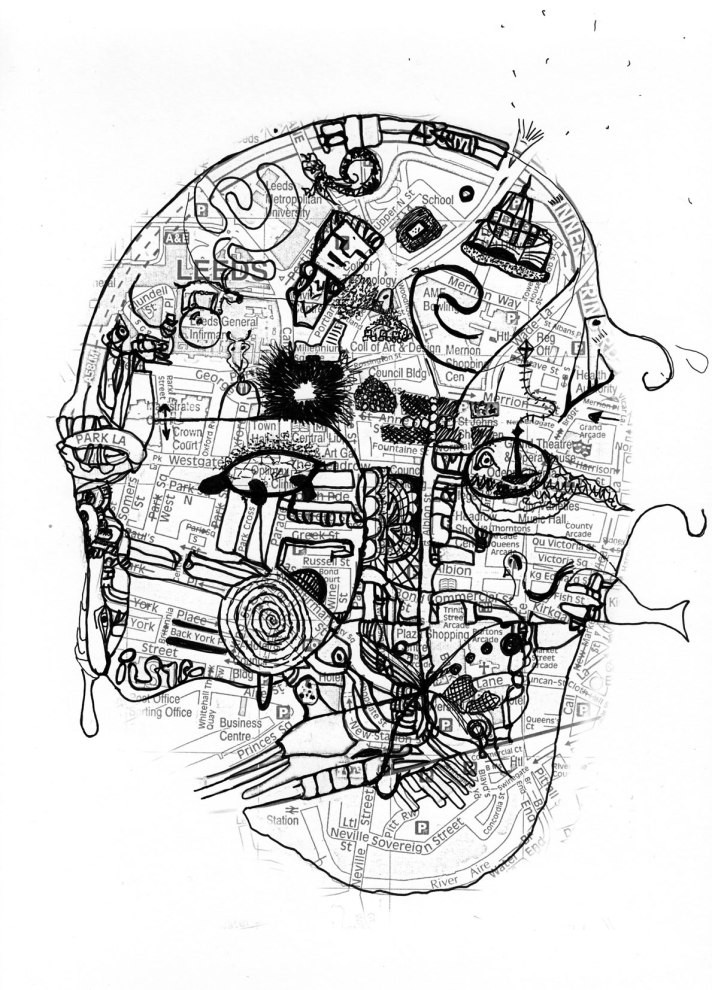